How to Win a War on Talent in the Post-Brexit World?

Until the end of free movement for EU nationals, many businesses in the UK didn't turn their thoughts to recruitment and immigration issues. Now, eighteen months after Brexit, we can start to see how all the changes have affected the UK job market and what are the potential solutions for employers.

Before Brexit, many UK businesses could simply advertise a job posting and fill the position by hiring workers both from the United Kingdom and the EU. In 2022 the United Kingdom reached a record number of job vacancies, due to the hiring process of EU workers being more complexed. 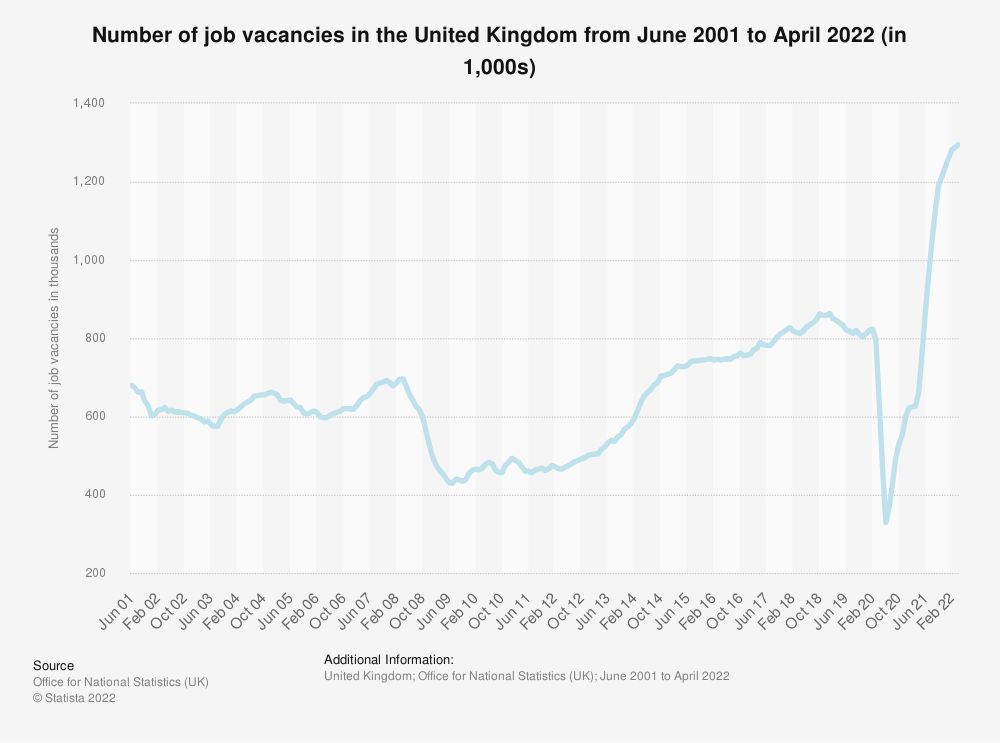 Shortage of staff: long-term issue or a temporary situation?

In the past 12 months, more than 90,000 EU workers have left the UK's hospitality sector. In many other industries we are also seeing an alarming increase in staff shortages. This is due to lower-skilled workers not being permitted under the new system and employers are struggling to find them. The labour shortages are so serious that the trade body has even recommended enabling prisoners to work on temporary day release.

Another consequence post-Brexit is that EU immigration keeps on falling, which will, without a doubt, lead to increased labour costs. For the UK employers, EU workers used to be more affordable to employ, and if they move towards UK nationals to fill in the gap - we expect the minimum wage to increase.

The issue the UK employers are facing now is likely to continue for several years due to the consequences of both, Covid-19 and Brexit. The job market will remain tight for quite some time, so employers need to think of alternative ways of hiring.

Post-Brexit job market and the War on Talent

With so many EU nationals leaving, the shortage in the UK's job market, the war on talent is getting fierce for UK employers. For example, there are three times as many open positions for one active tech worker. Because the job market is incredibly competitive, employers need to be quick when hiring. Employees know they hold the power in the current market, and if they don't get the feedback quickly, they already have another opportunity waiting. Not only is prompt feedback required, but also employers are needing to offer higher salaries in response and having to implement a hybrid working environment to attract talent. But the battle is not won when the employee accepts the offer. Good talents will likely receive a counter-offer and, on average, more than half of them are accepted. Knowing how difficult it is to hire talent at the moment, employers are ready to spend as much as they can.

Leaders of many companies have finally woken up to the reality and realised that hiring is a crucial function of every business. Faced with all of these problems, many employers are turning to HRO and EOR's to combat the difficulties in recruiting in the EU. Especially in the UK where not only that employers faced with consequences of Covid-19, but also post-Brexit job market crisis.

Hiring foreign workers in the UK after Brexit

LinkedIn reported in 2018 that 96% of businesses' hiring strategies were being affected by Brexit. However, two-thirds of the UK companies said they would continue to employ EU nationals. After Brexit, businesses had to work harder to recruit the best staff for their companies and provide higher benefit packages and salaries to entice EU candidates to the UK when they want to employ them. On the other hand, most UK employers claim they are not considering one's nationality when hiring. Instead, they are searching for the best talent for the role. But now, for some vacancies, employers can't find domestic applicants. One of the biggest worries companies have at this point is whether they would be able to access the right workforce. Industries such as transport, IT, health, and construction rely heavily on EU workers. Considering the number of vacancies, it is hard to be optimistic that the UK nationals will be able to fill in the gap. 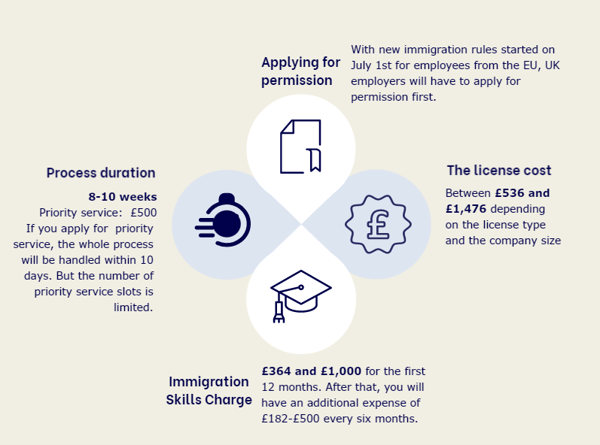 For employers who want to sponsor a skilled EU worker, these are the requirements:

Do you need assistance with hiring in the EU?

If you need advice on hiring employees in Europe without having or creating a permanent establishment, EuroDev can provide support. This way, you can hire employees throughout Europe and develop recruitment strategies beneficial for your business from a cost perspective and unlimited talent pool. Our team is at your disposal to help you find the best talent for your business and overcome complex employment law changes.