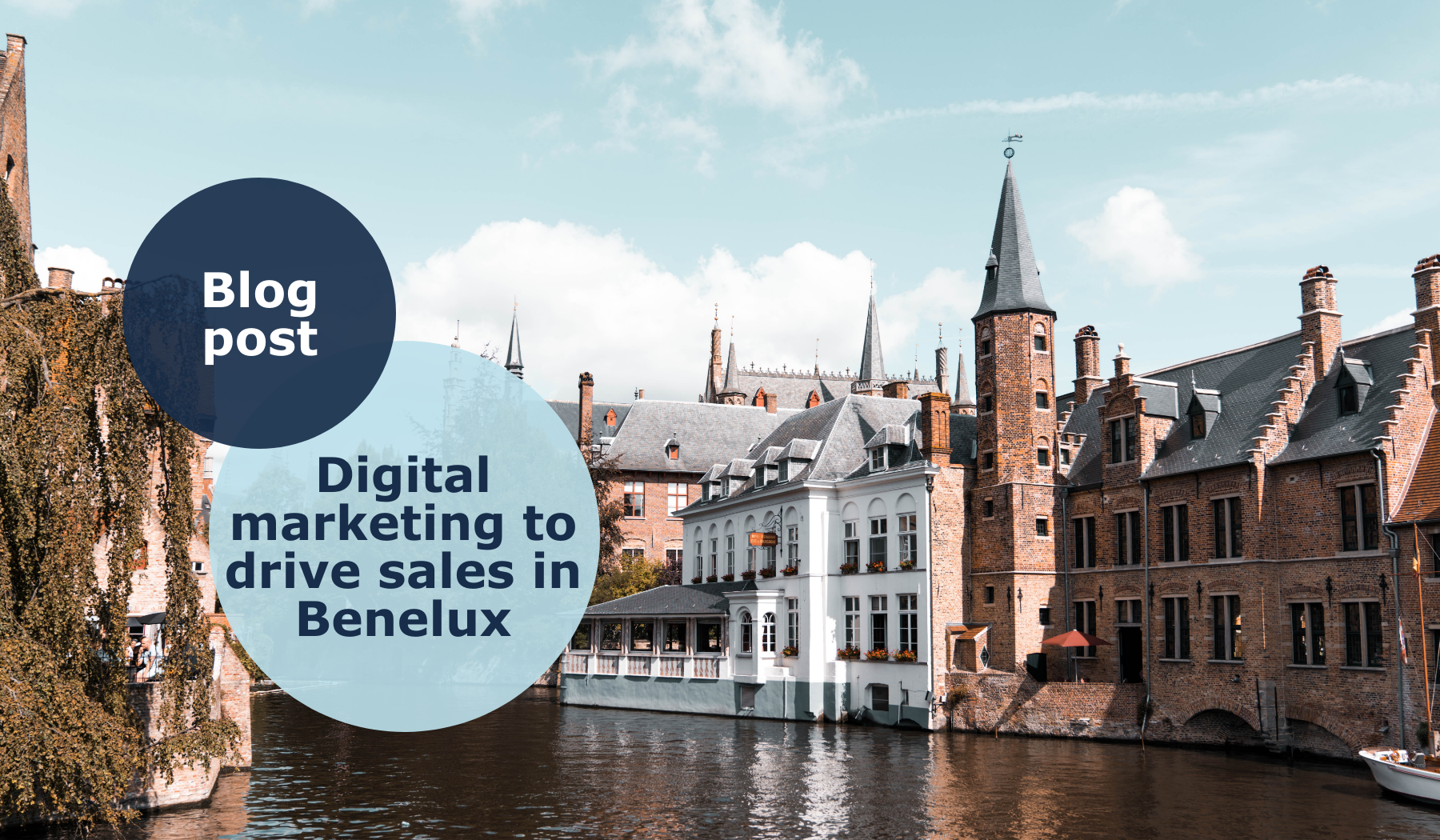 Do you want to sell your products or services to The Netherlands, Belgium and Luxembourg (the Benelux region)? Then we’ve got some tips and tricks on how to leverage Digital Marketing as a tool.

This is one of the challenges for digital marketing in these countries: the different languages. On the other hand, the Benelux is a great region to test digital marketing efforts, as you have the opportunity to reach a diverse audience in a fairly small region.

Belgium – Digitalization can open a lot of doors for you
Belgium is already highly digital and advanced in terms of digitalization, and it has even bigger plans for the future. Belgium ranks high for basic or higher digital skills in Communication. It is also the country in the EU with the highest percentage of large enterprises selling online. 6.76 million people purchase consumer goods via e-commerce. The value of the consumer goods e-commerce market is $5.292 billion (total annual sales). Although we’re talking about B2C here, keep in mind that when people buy their consumer goods online, it is in their nature to use online channels in B2B decision making as well. Better be prepared.

The Netherlands – Big opportunity
The Netherlands is the biggest country in the Benelux region in terms of population. Digitalization is a hot topic right now. At the moment 74% of the Dutch companies have digitized at least half of their business documents, which puts the Netherlands ahead of six other big digitalized countries in Europe (Italy, Turkey, Spain, the United Kingdom, France and Germany). At the moment, digitalization is actually the most important source for growth, innovation and new business activities in The Netherlands. With a 95% internet penetration and a world class digital infrastructure, digital marketing provides big opportunities for reaching out to your end users here.

How to use it to increase your sales
Leveraging digital marketing can provide you with an audience you never knew you could reach. Looking at the addressable advertising audiences per social media platform, for example (figure 2), there are over 12.5 million LinkedIn users. This is a perfect start for an online B2B campaign. If you’re in B2C, Facebook and Instagram are definitely worth considering. One other thing that stands out is that Twitter is relatively small.

All social media platforms have advantages and disadvantages, and they can all be used to reach different marketing objectives and target audiences. That’s why it all starts with your business objectives, and what added value each of these online channels brings to the table for your business.

What about other regions?
Check out our previous blogs on how to leverage digital marketing to gain a foothold in Germany, Austria, or Switzerland (the DACH region), or how to use it to create marketing and sales success in Scandinavia.

Where we add value
Are you looking to increase your sales in these countries? Then our digital marketing services can help you reach out to the right people, increase your brand awareness and kick-start your sales. Together we will define goals, strategy, target audiences, channels and actions for your company.