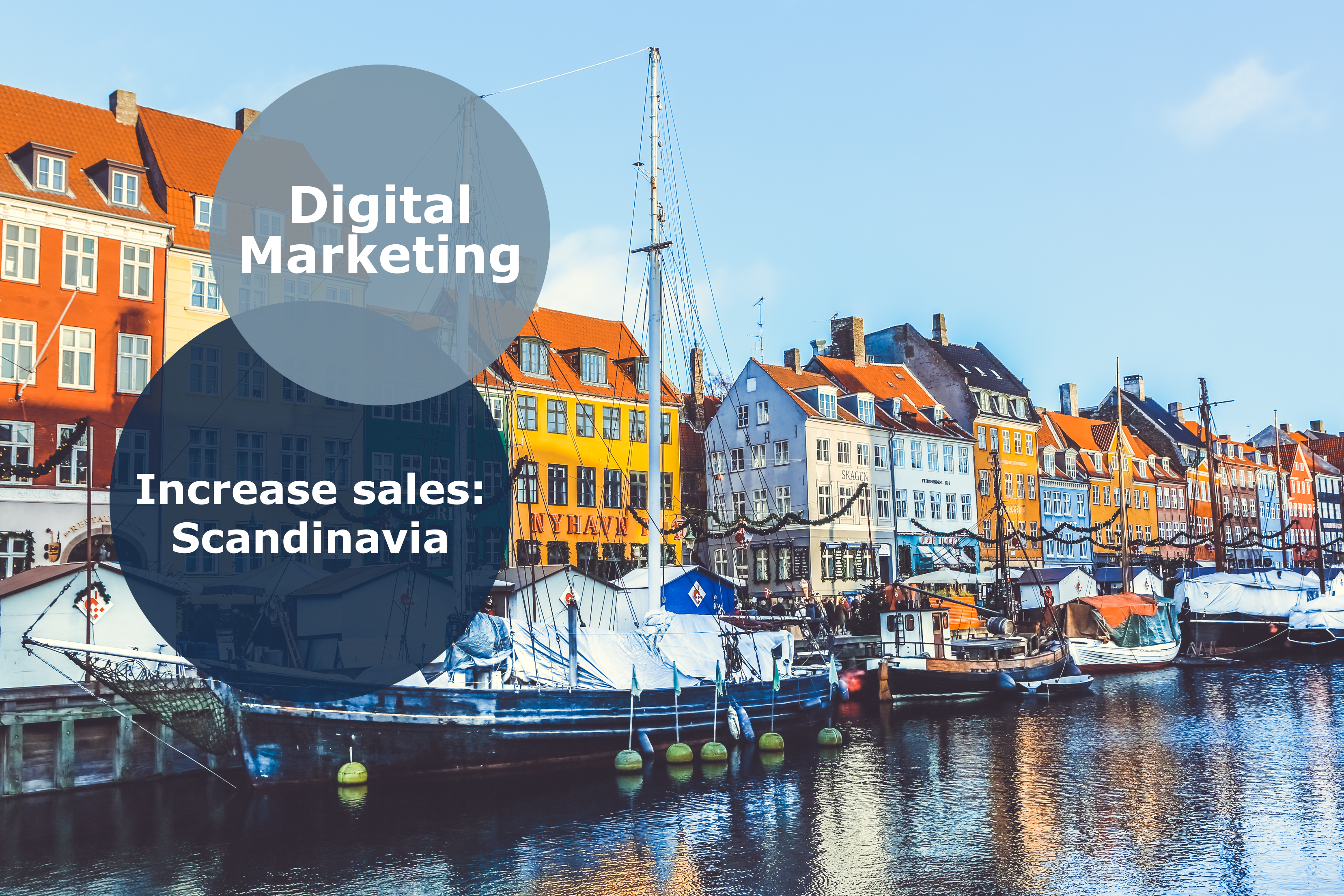 How to Use Digital Marketing to Boost Sales in Scandinavia

Scandinavia; is one of the most connected regions in the world when it comes to digital. Are you looking to develop your business in Scandinavia? We've got some tips and tricks for you!

Sweden - comfortable with digital technologies and devices
Sweden is the most populated country in Scandinavia with 10 million inhabitants. 96% of the people are using the internet and there are 7.3 million active social media users in Sweden. Sweden is taking digitalization very seriously. This is for example visible in. The Swedish people are not only connected to the internet, they are also at ease with digital technologies and devices. Sweden came top in the OECD for the number of connected gadgets per 100 inhabitants, showing not only a high level of use of technology but also suggesting trust in these connected devices and networks

Increase your sales!
If we take a look at the addressable advertising audiences per social media platform (figure 2), it can be said that Facebook has by far the biggest reach and that Twitter is not very popular in Scandinavia. However, this does not mean that Facebook has the highest potential for your digital marketing objectives. It is crucial to define your objectives, to have a clear target group, and to identify the behavior of your target market. Also, it is important to understand that each social media platform is used for different purposes. Twitter is mostly used for news and updates, whereas LinkedIn mostly acts as a business networking platform. Furthermore, it is valuable to know that each social media platform offers different targeting options in advertising and that one social platform is better for B2B marketing than the other.

If you’re looking to do sales in these countries, our digital marketing services can help you to reach out to the right people, increase your brand awareness and kickstart your sales. Together we will define the strategy, select the right target audiences and the right channels for your company and goals.

If you’re interested in more detailed country-specific information or the opportunities for your brand in Scandinavia, then please contact me at e.nijland@eurodev.com.

EuroDev is your go-to agency for all European marketing. We would love to help you with your European digital marketing strategy.