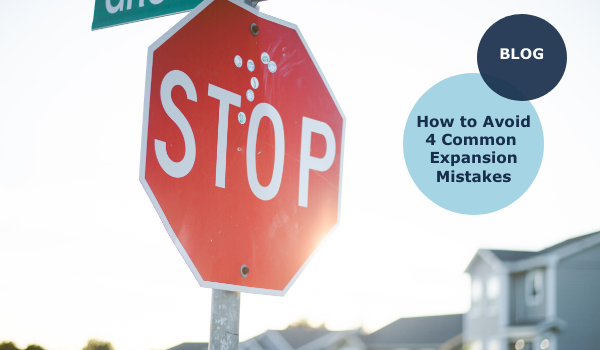 Expanding into the European market can be a significant boon for U.S. tech companies, on par with a new type of customer or a new product line. Why then, do so many companies get it wrong?

Most companies make four common mistakes when expanding their business into the European market:

These are costly and avoidable mistakes when they venture overseas. This blog aims to outline how to avoid these.

Europe is the default first stop for U.S. companies for a good reason: a well-run SaaS company at IPO derives about 30 percent of its global revenue from the region. In 2019, SaaS companies went public with a median global ARR of $278 million, implying more than $80 million from Europe. Revenue opportunities of this magnitude are rare. To re-create something comparable in the U.S. would usually require a new type of customer or a new product line — both of which are heavy lifts.

By contrast, transporting an already-successful U.S. model to Europe should be relatively straightforward. Nonetheless, even strong software companies make an awful mess of it. One now-public SaaS company initially located its European headquarters on the beautiful Portuguese island of Madeira based on tax advice. Now Madeira has many charms, but as a location to build a sales and support team, it was an unworkable choice. Although the company rectified its mistake, it lost a year doing so.

A blunder like Madeira might be an extreme example, but software companies regularly waste effort and forego tens of millions in revenue. Most do so by making four common mistakes: miss-timing of the expansion, forgetting the root causes of domestic success, hiring the wrong leader, and over-delegation by the CEO. If companies get these big things right, they can afford to get many smaller things wrong. Here are some practical steps that executives can take to overcome each of them:

Moving too late leads to foregone revenues and risks the emergence of copycat competitors. Moving too early stretches an already thin organization. So, what’s the right time? Having watched the movie of European expansion play a few times — with happy and tragic endings! — Frontline developed a simple checklist. If a CEO can answer “yes” to these questions, it’s time to expand to Europe:

Note that capital is not the only readiness requirement. Our research shows that companies expanding overseas in 2021 have raised more than three times more capital than their predecessors from a decade ago. It turns out that company maturity — as indicated by the first four checklist items — is not dependent on capital alone.

Companies are on average six years old by the time they open their first office in Europe — a lifetime in a startup! Over those few years, organizations tend to fall prey to “success amnesia,” forgetting the dirty work that was required in the early days. Even the best products don’t just take off on their own. They are more often dragged towards success by the whole company.

A lot of this comes down to how startups work in the early days when walls between functions are porous: engineers talk to customers, salespeople suggest product changes, customer support does market research, everybody recruits. This kind of cross-functional effort can produce amazing results. Yet when companies expand to Europe, many view it as a straightforward Sales effort — and that sets them up to fail. Poor expansions are often caused by a brand-building or partnerships or product issue. The hidden culprit of a poor go-to-market expansion is more often Marketing (or lack thereof) than Sales. Fifty percent of companies don’t have a single marketer on the ground in Europe a year after landing. Sales can only win once those other functions create a tailwind that Sales can ride.

Although getting the first senior hire right is crucial, 46 percent of companies end up replacing that person within two years. This is largely because startups and venture capital firms rely on curated talent networks — their little black book of high performers who have delivered in the past — which rarely extend across the Atlantic.

One now-public SaaS company transferred an early employee from HQ to become its first leader on the ground in Europe. On its face, this was not a bad decision — exporting the company’s unique office culture from San Francisco was rightly a priority. But the expat had limited European experience and personal networks. Believing the company’s brand was strong enough to overcome language barriers, the person hired English-speaking sales reps to sell to French and German customers. While that might have worked in the Netherlands or Sweden, it was a mistake in France and Germany and it led to millions of dollars in foregone revenue.

Companies can increase their chances of hiring success in a couple of ways:

Hiring the right person is the first step; setting them up for success is the next. CEOs can radically enhance the new leader’s prospects by designing two further things well:

International success doesn’t start “over there”; it starts at HQ. Without the CEO’s interest and support, the expansion is doomed. European expansion can seem like a project that only requires the CEO's attention for a few months until the right people are hired. However, treating it as a short-term project or over-delegating to subordinates is a missed opportunity. Consider it instead to be the first step on a decade-long journey of globalizing the company to fulfill its true potential.

What does a global company look like? The product is engineered from the ground up to be usable worldwide. More than half the company’s revenue comes from outside the U.S., providing an additional growth engine and diversification. Executives based outside the U.S. run global parts of the company. The CEO and executive team at HQ allocate their time to domestic and overseas issues in proportion to the growth opportunities of each. They are well informed about the global business and frequently meet international customers and employees. “International” is not delegated to a VP International or VP Sales. The board and executive team include people who have lived and worked overseas and have run truly global businesses.

As companies emerge from pandemic-enforced retrenchment, CEOs have an unheralded opportunity before them. Until 2020, most American startups were not only U.S.-centric, they were HQ-centric. Decision-making and communication depended on being close to the CEO and executive team at HQ. There were few processes, practices, and systems in place to overcome physical distance. One of the reasons they failed overseas had nothing to do with customers or cultures or languages or regulations. It was a failure to operate as a distributed team.

Covid-19 changed all that. Companies had a few weeks to figure out how to work remotely and they have been perfecting their approach ever since. Engineers and salespeople have scattered around the country. The San Francisco Bay Area, which had been a hiring bottleneck for years, started to lose its monopoly on talent. Even C-suite executives that left for lifestyle reasons may stay where they are when the pandemic is over.

For young companies whose cultures are malleable, this shift will be transformational. A huge obstacle to international expansion has been removed. Companies will discover, often to their surprise, that they are much better placed to become truly global companies than they ever were before. The best CEOs will take advantage because globalizing a company doesn’t really happen overseas. It happens at the CEO’s desk.

This article is an abstraction from HBR, Stephen McIntyre (https://hbr.org/2021/02/what-u-s-startups-get-wrong-about-expanding-into-europe)