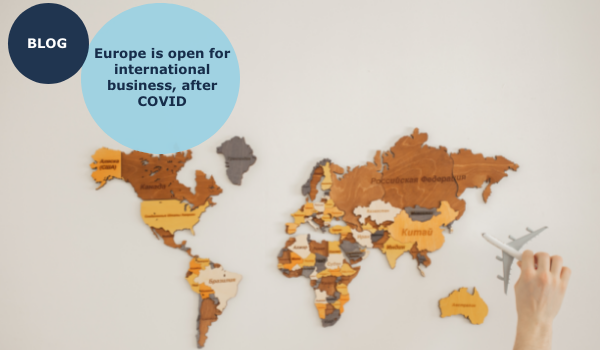 Europe Is Open for International Business after COVID

Spain declared that it will start treating COVID as an epidemic, like flu. “European government needs to evaluate the evolution of COVID from a pandemic to the epidemic,” said the Spanish prime minister, Pedro Sanchez. Many European countries have followed Sanchez's footsteps while others have opposing views. The Netherlands, the UK and other countries are already on the way to an epidemic despite the WHO warning. This blog will explain the views on this topic.

Boris Johnson also supports the decision to move COVID-19 towards the epidemic road rather than labelling it as a long-lasting pandemic.  Britain’s strategy could have helped it overcome an omicron peak sooner rather than later with one public health expert saying the U.K. will be one of the first countries in the world to emerge from the pandemic.

After Sanchez's announcement, The Netherlands supported the claim that Europe should open up businesses and let the economy flourish again. The Dutch government is proposing to open bars, restaurants and even lift the mask mandate by the end of February. Even so, basic precautions are being taken care of such as advising people who are having symptoms of the corona to stay home for up to 5 days as after that time frame the virus is no longer contagious.
France on the other hand is taking the harder approach by making life for the unvaccinated harder as the French President, Emmanuel Macron has claimed to introduce new restrictions such as implementing a vaccine pass on restaurants, bars and trains. Germany is taking a more European approach as it wants to reduce all the regulations and open the doors completely. Even though the cases are gradually rising within the country, more than 75% of the population has been vaccinated. This is more than enough evidence to open one of the biggest European economies again.
The WHO disagrees with the European decisions as it claims that the situation is highly uncertain and that making such changes can cause consequences. Nevertheless, Europe is opening its doors to foreign businesses to boom the economy once again. American businesses who are looking to move their operation to Europe should take the chance to do so now as there are many opportunities to grab.
If you want to know more about the European position on the COVID lockdown and the opportunities for American businesses within Europe. Do not hesitate to contact our services.

EuroDev has helped over 500 companies with their expansion into the European market. We support you with market research, identifying new business opportunities, and getting your boots on the ground in Europe. Our team works across the complex European market. With our local expertise, we help you understand the diversity of Europe while helping your company gain a foothold in the European HVAC&R industry.