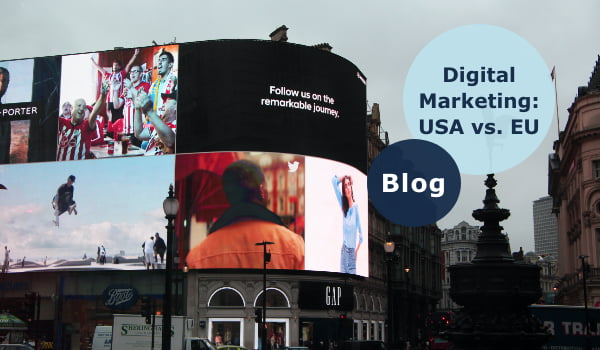 American and European companies work in environments that are driven by culture, language, legal and political factors. To make your digital efforts stick with the audience, marketing teams have to get a grip of the cultural, business, and geographical differences and subsequently apply different strategies. In this blog, we'll bring American marketers up to speed with the essentials on the differences in Digital marketing: USA vs. Europe.

American companies spend more than their European counterparts on marketing. This is partly driven by stricter regulatory requirements in Europe (like GDPR), which causes European companies to follow a more conservative approach. American marketing is often designed to make a Big Splash, where an effective European strategy will be more targeted and tailored to the receiver. If you stick to the go-big-or-go-home approach, Europeans will perceive it as too invasive.

For example, in Scandinavia, you want to treat every country independently. The biggest mistake is to treat the region as a single market. If you instruct a Norwegian, he'll ask you why he has to do it. Ask the same question to someone from Denmark and they will agree, but do the opposite thing. Approach the Swedish and they'll most likely want to discuss everything with you first.

The main driver for digital success in Europe is language

There are 24 official languages spoken in Europe in total. Five languages have more than 50 million speakers: Russian (maybe not your target at the moment), French, Italian, German, and English. Even in countries where language does not seem to be the challenge; the UK and Ireland for example, there're still spelling errors that you can make that can put an uncomfortable distance between you and the audience.

British and American English are different. Words that end with 'ize' in the UK will usually end in 'ise' in American English as is brilliantly pointed out in this sketch: click here. Approaching a German audience with a Free Gift sounds fantastic, but do know that 'gift' in German actually means poison. You don't want to get people to get the wrong idea.

If you like sports, the different marketing tactics are super visible. In the States, every statistic is sponsored and every stoppage has its own ad break. In B2B marketing in the States, it's very common to highlight your single biggest advantage over your competitors and even market their shortcomings. Europeans find this style disingenuous, overconfident, or distasteful. A more safe approach is to stay humble, straight forward but have a strong focus on your product to do the talking. 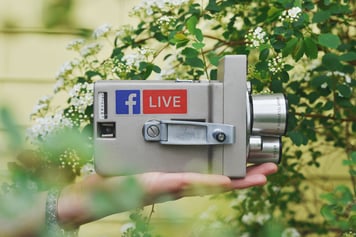 In healthcare, for example, it 's much more common in the States to market by fear; Buy This, Or ELSE... in Europe, this is a complete no-go. There are also many countries that do not allow any marketing of prescription medicine in the first place.

Cultural differences are extremely dense in Europe and capturing the continent with a big bang is just not possible. Strategizing from region to region is the way to go, as buyers will want to receive your products in different ways. In any case, they'll be on the lookout to see if you're there to support them or just a visitor that is coming in guns blazin'.

Do not be discouraged

There is a lot to take in, experience, and take into consideration. Money is easily burned in a campaign that does not work. Temper your enthusiasm and carefully plan your next step. However, business = business, and once relationships are formed in Europe - they tend to be longer-lasting compared to what you are used to domestically.

Getting in local expertise will allow you to fully integrate into the culture and capture crucial intel so that your next campaign will stick. In any case, it won't be a scary process if you're willing to learn and embrace the subtleties. This mindset will allow you to build a solid platform that will generate business, from country to country on a continent that has 600 million people waiting to hear your story.