If you are a North American organization looking to expand in Europe, you should be prepared for cultural differences in management style. In Europe, one has to deal with many different cultures. There is no one European culture, and thus different countries come with different customs when it comes to workplace behavior. This blog post, written by HR Consultant Doron Jannink, outlines some of the theory behind cultural differences.

With globalization, diversity in the workplace is inevitable. While workplace diversity in the past usually referred to a workforce encompassing different races and ethnicities, this is not always the case anymore. Diversity can be any number of differences between people in an organization. Workplace diversity normally provides a competitive advantage, but knowing that you need a diverse workforce is not the same as understanding how to manage this. It is a fact that management style affects the motivation, effectiveness and productivity of employees. As such, it is crucial that Leaders know how to manage their diverse workforce.

The development of the European Union gave rise to the illusion of one common market in Europe. Often, this translated to International Organizations creating their European Headquarters somewhere in Europe. They then assigned one European Manager to run the entire European business efficiently. Consequently, they had very little additional support to assist them in managing or understanding their diverse workforce. 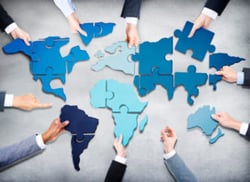 According to Perlitz and Seger, the Anglo-Saxon model is generally quite hierarchical. All decision-making functions are centralized within the management team or within one strong leader. In contrast, the Nordic culture rarely used hierarchical thinking, and demonstrated an egalitarian and a consensus-seeking society. The Germanic culture on the other hand tend to have a rather formalized way to run their business. This means many details have to be put in formal contracts. Often, it leads to an over-regulated economy for Germany, Austria, Belgium and Switzerland. Meanwhile, the Francophile culture is highly hierarchical, with bureaucratic organizational structure and highly centralized decision making processes. As you can imagine, these often lead to inflexibility.

Perlitz and Seger went on to describe the Italian economy as rather segmented. They divided them into traditionally organized family-run companies in the central parts of Italy versus the modern, larger corporations in the northern parts of Italy. According to them, northern Italy is generally very focused and swift in doing business. In the southern parts of the country business attitudes may be more relaxed. There seems to be very little research conducted so far on the management cultures of the different central and eastern European countries. The tendency of these cultures is to have a more Western-style of management system. However, pinning down the management culture in these regions is difficult as they seem to be changing every day.

Are you also facing difficulties with cultural differences? We are here to act as your strategic partner. If you want to know more about HR in Europe, please do not hesitate to contact Monique Ramondt-Sanders - VP of Human Resource Outsourcing. More information on our services can be found on our website and blogs.